After a competitive selection process, Bird, Lime and Veo unveil e-scooter models and pricing plans that will allow most rides for under $5; following a community engagement period, service is expected to start by early summer with up to 3,000 e-scooters New bicycle lanes planned for pilot zone over the next two years will also enhance e-scooter mobility and safety.

The New York City Department of Transportation today announced that three companies had been selected for New York City’s first electric scooter pilot in eastern Bronx: Bird, Lime and Veo. The pilot, mandated by City Council legislation passed in 2020, now enters the community engagement phase, wherein DOT and the three companies will work with local communities to site e-scooter parking corrals and educate the public about the pilot, including its safety, equity, and accessibility components. By early summer, e-scooters are expected to be on the streets of the pilot’s Phase One area, for which DOT today also unveiled its plans for new bike lanes to enhance safety and mobility. “Building on the lessons learned across the country, we are proud to bring e-scooter share to a large portion of the Bronx – an area with a population larger than most American cities,” said DOT Commissioner Hank Gutman. “We now welcome Bird, Lime and Veo—and we look forward to working closely with them, elected officials and local Bronx communities to make e-scooter share an effective, convenient and most important, safe way to get around by this summer.”

“Truly inclusive micromobility must include the disability community. The e-scooter pilot puts disability at the forefront of these emerging new transit modes, which will be a model not only in New York City but around the world,” said Mayor’s Office for People with Disabilities (MOPD) Commissioner Victor Calise. “MOPD worked closely with DOT to ensure that accessible options, including first-of-its-kind wheelchair attachments, were part of the selected companies’ fleets. Additionally, we know that improperly parked e-scooters could lead to sidewalk clutter so we are going to work diligently to ensure that vendors follow protocols that keep paths of travel clear for everyone. 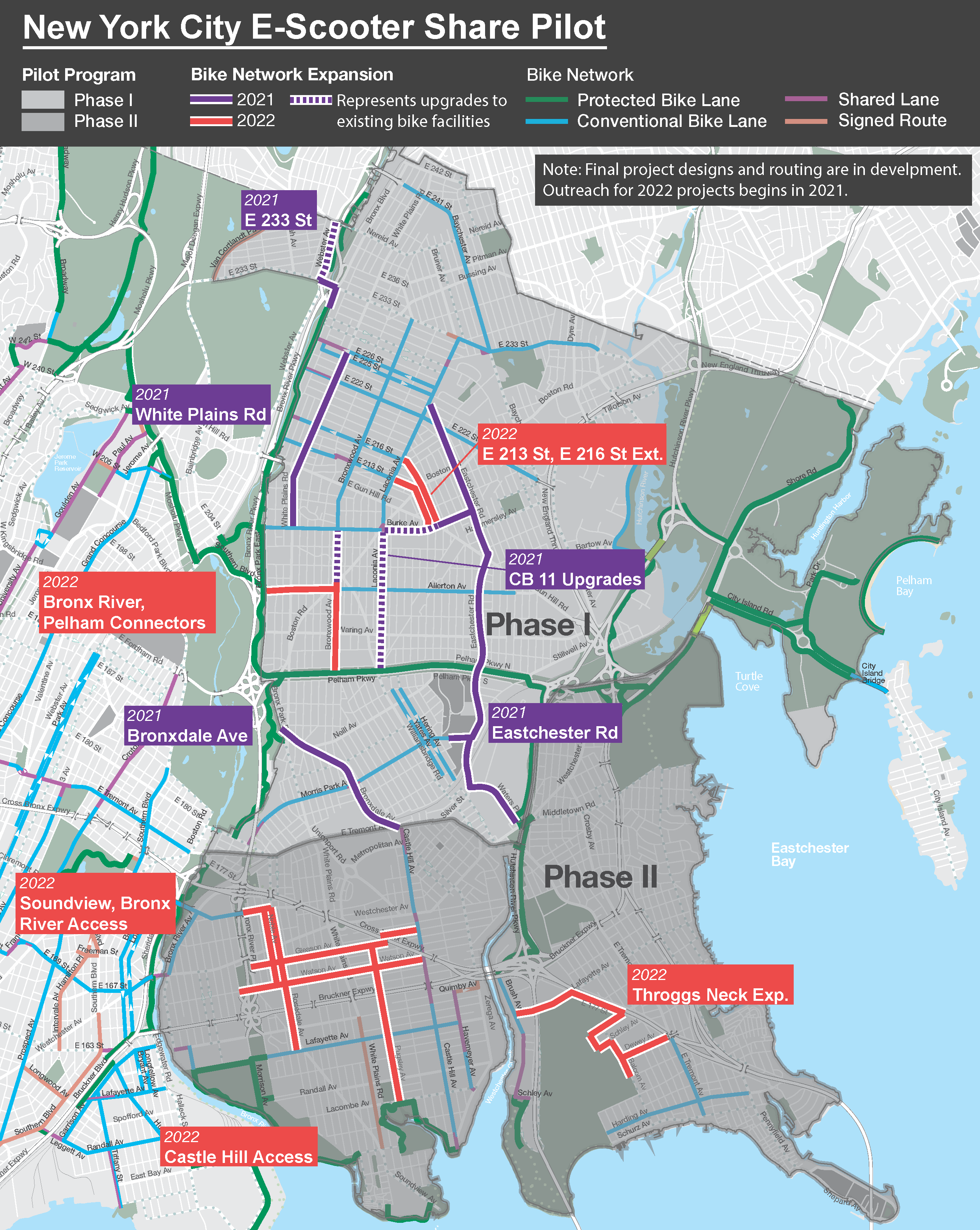