DOT to Expand E-Scooter Pilot in the Bronx, Doubling Footprint and Fleet Size

Department of Transportation Commissioner Ydanis Rodriguez announced today the DOT plans to expand its e-scooter pilot in the eastern Bronx this June, which will double the program's footprint and bring new micromobility options to more residents. In less than a year, the three e-scooter share companies in the pilot's first phase have already recorded more than 480,000 trips without any deaths or serious injuries.

"This administration is committed to reducing our dependency on automobiles and more equitably delivering services across the five boroughs. Our e-scooter pilot in the Bronx has been a remarkable success and we're excited to bring it even more residents in need of alternate forms of transportation," said Commissioner Rodriguez. "We thank our pilot partners Bird, Lime, and Veo, for sharing our values of safety, affordability, and accessibility."

Through Phase 2 of the pilot, DOT will work with its partners to double the number of available scooters from 3,000 to 6,000 while extending current pilot zone in the northeast Bronx further south. Phase 2 will include neighborhoods like Parkchester, Castle Hill, Country Club, and Throggs Neck, providing connections to additional stops on the 6 train as well as the NYC Ferry at both the Soundview Ferry Terminal and Ferry Point Park Terminal. 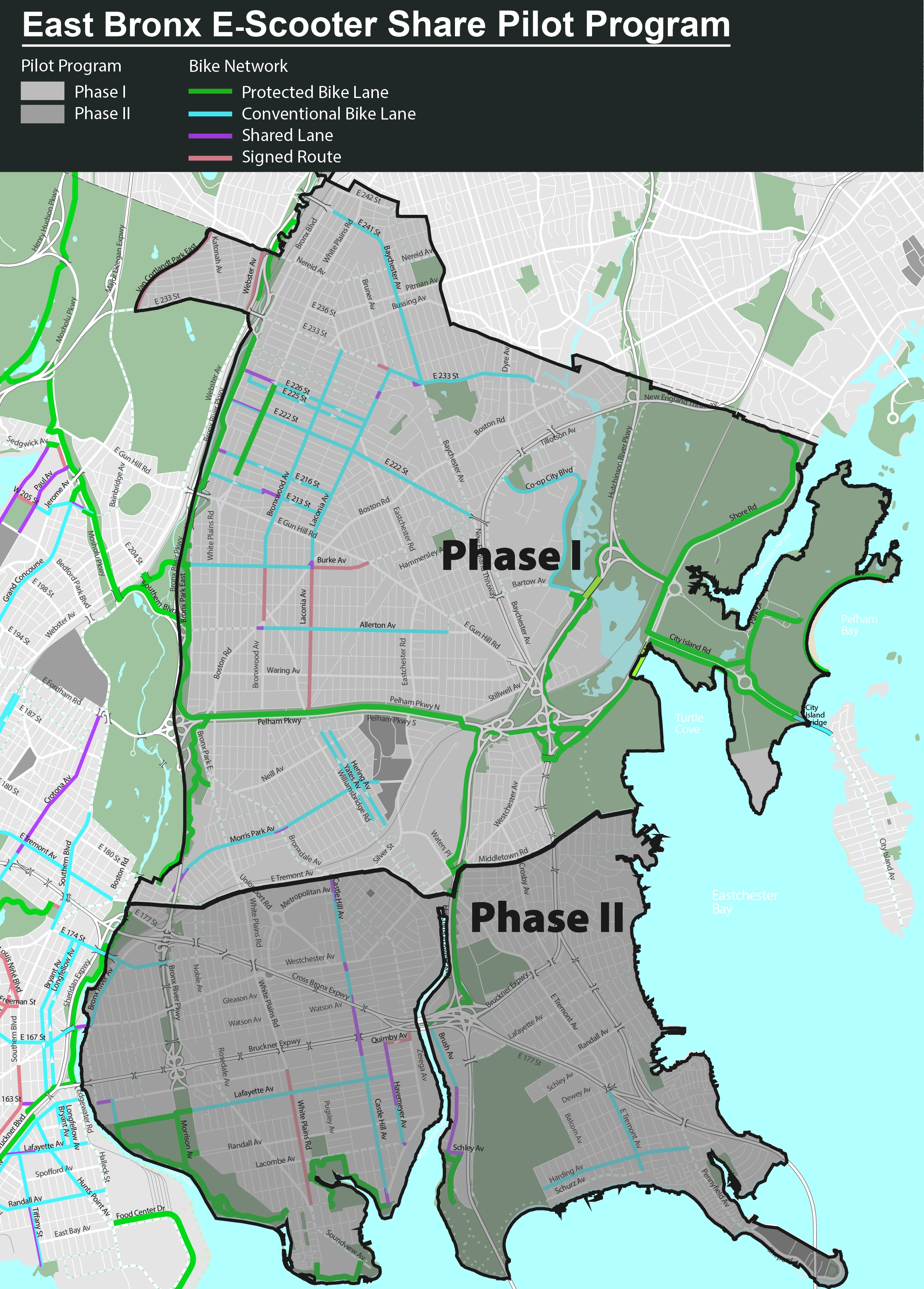