The New York City Department of Transportation announced the official launch of the city’s e-scooter pilot in the East Bronx. Bird, Lime and Veo, the three companies participating in the pilot, will bring up to 3,000 e-scooters to the East Bronx during Phase 1 starting Tuesday, August 17, 2021, with an increase to as many as 6,000 in the second phase next year.

DOT and each company underwent an extensive community engagement process to site e-scooter parking corrals and educate the public about the pilot, including its safety, equity, and accessibility components. These included dozens of meetings with community boards, local BIDs, nearby medical facilities, and more.

“This is an exciting announcement as we officially bring shared micromobility to the East Bronx community,” said DOT Commissioner Hank Gutman. “With safety as our top priority, we look forward to a continued collaboration with Bird, Lime and Veo, elected officials and local Bronx communities to make e-scooter share an effective, convenient, and equitable way to get around." 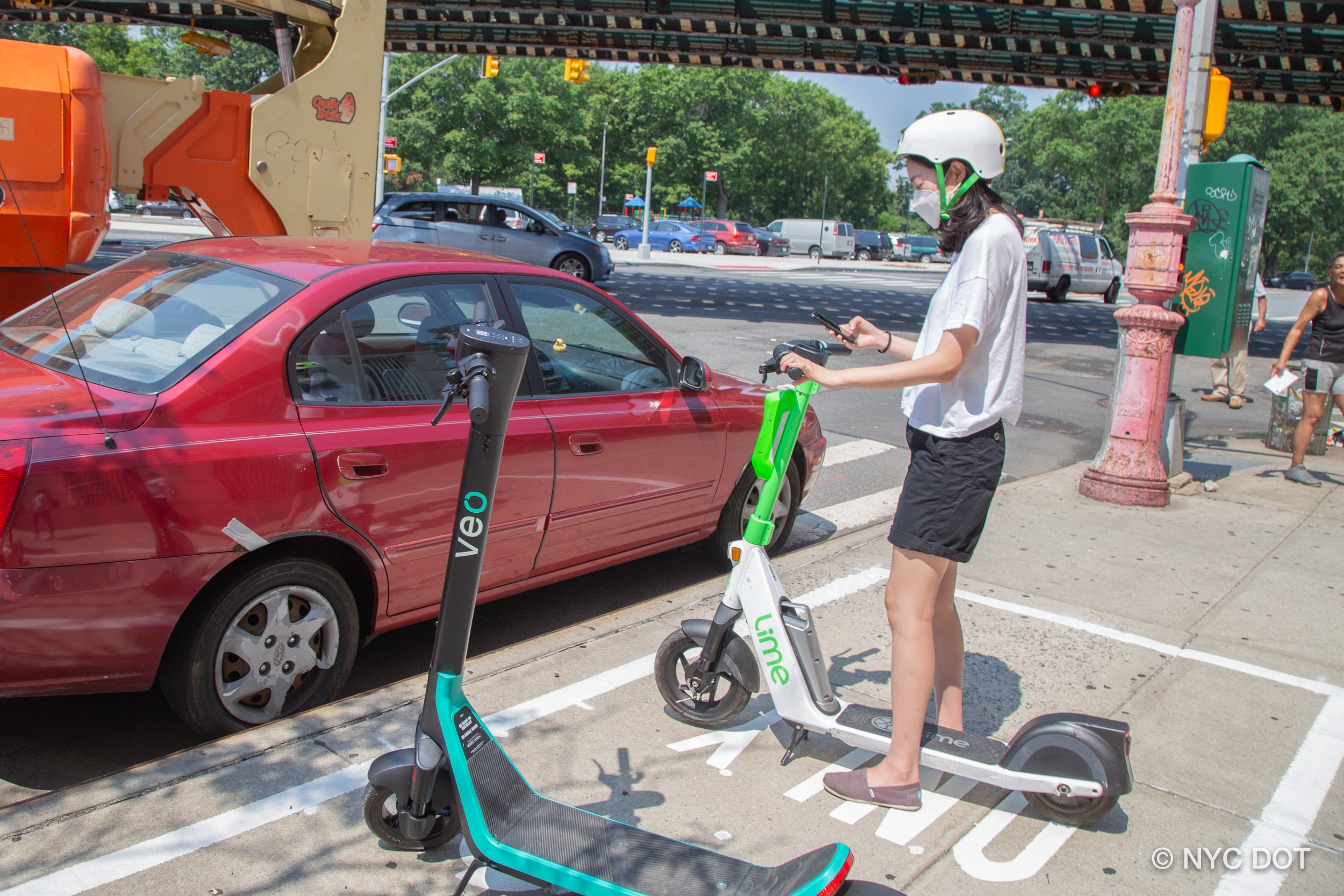